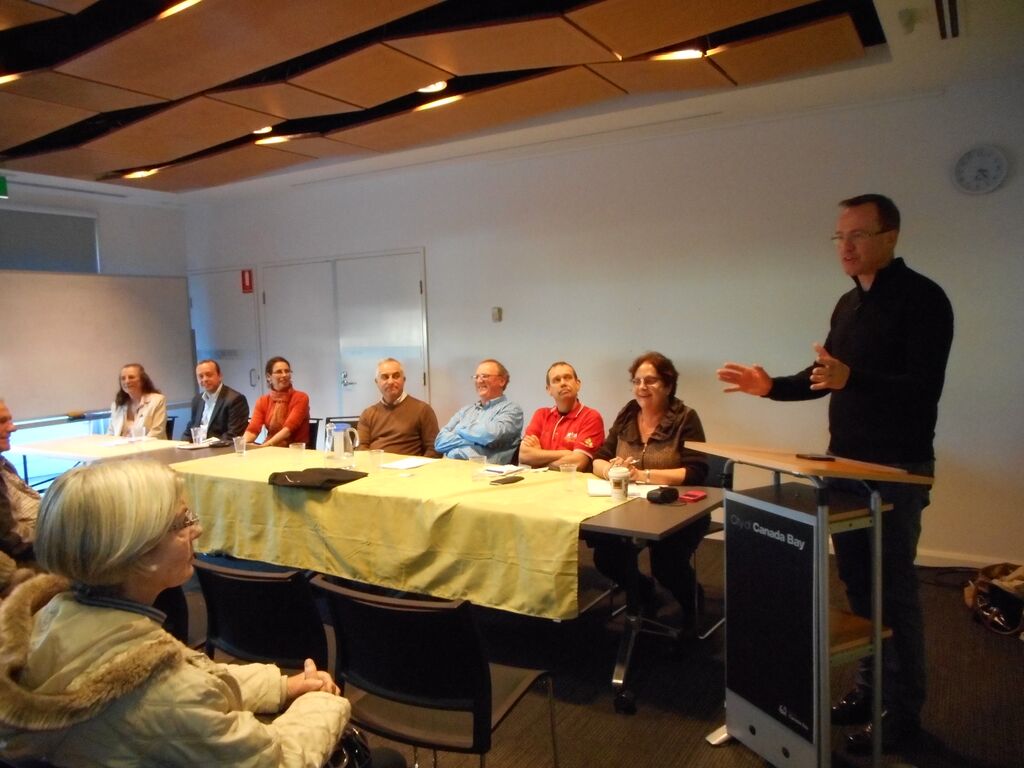 The Greens have today denounced Bill Shorten’s move to back the Abbott Government’s “turn-back” policy for refugees seeking asylum in Australia.

“Turn-backs are dangerous. They have never been about saving lives, they are about pushing people away, often to die in someone else’s waters or trapped, unable to escape harm.

“Rather than pushing refugees over the horizon to die somewhere else, Australia needs to engage in our region to help provide safer passage and options for refugees.

“If every country turned boats away, thousands of refugees would die every week and the entire refugee system would collapse. Australia must stop being so arrogant and instead help our neighbours offer safety to refugees through humanitarian assistance, resettlement and search and rescue.

“Many Labor supporters will be heartbroken to see the ALP fail to stand up to Tony Abbott’s anti-refugee rhetoric.

“Back-flipping on turn-backs is a big mistake for Labor and will only accelerate the race to the bottom.

“History has shown that every time Labor backs the Coalition on refugee policy the LNP come up with the next cruel policy, making life worse for refugees, not better.

“Leadership requires more than kowtowing to the fear campaigns of others. Many people will be upset that the Labor Party has vacated the field on human rights and common-sense.”

Note: Audio from Senator Hanson-Young’s doorstop in Adelaide this morning is attached 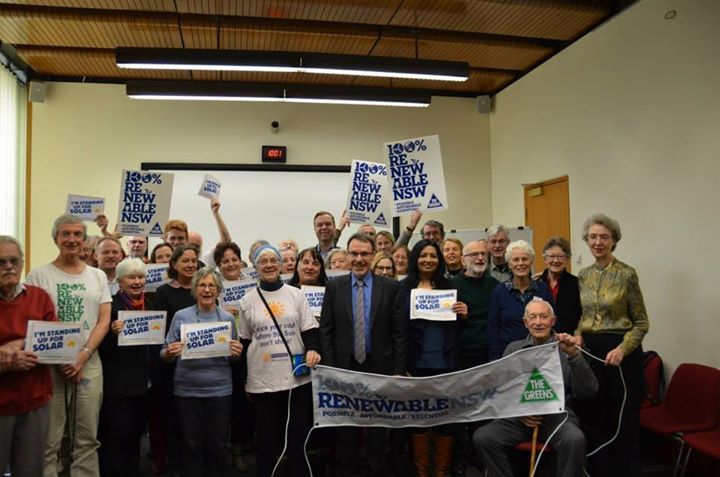 Every hour, enough sunlight blasts the earth to power humanity for a year. By 2050, across the entire world, solar energy could power our computers, phones, lights, hot water – anything we use electricity for today. There would be no need to pollute the planet with oil, coal or gas. Plus, solar panels are cheap at the moment. What better way to save a heating planet? 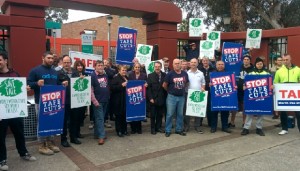 Department figures show there are 123,481 apprentices and trainees in NSW.  Apprenticeships usually last between three and four years. Drop-out rates are high, with just over half of those who enrol completing. Enrolment rates continue to fall.

As part of their campaign for the rights of young people in education, the Young Greens are working with my office to highlight the plight of apprentices. We jointly held a forum in Ashfield on 11 June, addressed by Mark Burgess from the Electrical Trades Union, Rebel Hanlon from the CFMEU Construction Division, Phil Chadwick from the NSW Teachers Federation and Greens Senator Lee Rhiannon.

While apprentices receive one day a week release from work to attend TAFE, some employer groups are seeking to revert to night school or to force apprentices to spend two years studying full-time without wages before they receive on-the-job paid work and training.

Many employers prefer to employ overseas workers on 457 visas than train apprentices.

As NSW faces both increased expenditure on infrastructure and a growing issue of youth unemployment, government purchasing should focus on demanding contractors take on apprentices and support them throughout their training.

Proposed changes to NSW’s strata title laws would see many elderly and vulnerable apartment owners turfed out of their homes to fatten up the profits of developers and other residents, according to Greens NSW MP John Kaye.

Innovation and Better Regulation Minister Victor Dominello released draft legislation yesterday that would allow a strata title to be terminated and the land and buildings sold or redeveloped even if up to 25 per cent of the owners objected.

‘Owners could have flats sold from under them if laws go ahead,’ Sydney Morning Herald, 16 July, p. 2

Dr Kaye said: “The long-awaited draft of the strata laws contains a massive gift for the greedy at the expense of the vulnerable and elderly.

“Politically powerful real estate developers have won the argument and are set to be gifted a much lower barrier to getting their hands on older unit blocks.

“The frail and the vulnerable will be forcibly evicted from out their homes to allow the big developers to get their hands on prime real estate.

“This is the law that the Property Council would have written to set their members up for windfall profits.

“Instead of having to win over all of the owners or prove that the block can no longer be reasonably repaired, the tyranny of the majority can evict the minority from their homes.

“Lucrative offers might appeal to some unit owners, but others will see their plans for their last days of independent living destroyed.

“The Baird-Grant government has once again proved that it is the powerful vested interests that call the shots, even when it is the frail, the vulnerable and the elderly who are being sacrificed.

“The promise of advice and advocacy services is window dressing. A determined and well-cashed-up developer will have no difficulty in winning over the necessary 75 percent of owners, leaving the others powerless and evicted, regardless of the advice and so-called support they receive.

“The legislation will be a test for Labor.

“We will be moving to strike out these provisions when the bills come before parliament.

“If Labor is still caught up in their old habits of being the puppets of the developer lobby they will work with the government to disenfranchise flat owners.

“With Labor and conservative cross-bench support for our amendment, every flat owner will be better protected from the well-oiled developer industry and the pressure it can bring to bear on owners’ corporations,” Dr Kaye said.