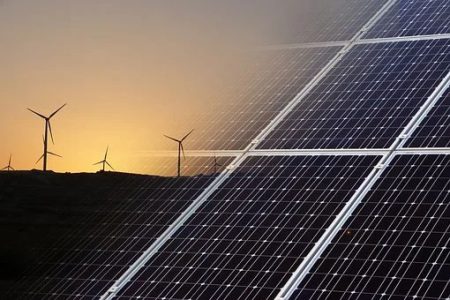 Canada Bay Council has passed Councillor Charles Jago’s motion for 100% renewable electricity. The motion was seconded by (Liberal Councillor) Michael Megna, and passed unanimously. Cr Jago introduced the motion with some minor amendments to the version shown on the agenda paper. The proceedings of Council’s meeting which took place yesterday (23 June 2022) are shown at https://www.facebook.com/canadabay – this includes Cr Jago’s introduction to the motion and the discussion on it.

The purpose of the motion was to reduce Council’s carbon emissions because of the need to reduce climate change, and follows on from Council’s motion declaring a climate emergency in September 2019. In addition, the motion seeks to support companies providing renewable electricity, who have decided not to be involved in the production or use of coal or gas. The logic here is the same as that for the motion passed by Council in April 2018, to give preference to investments with organisations that do not invest in fossil fuels. (Both of these previous motions also passed unanimously).

The text of the motion was as follows:

Background (this was circulated with the Council agenda)

Cost-effectiveness and urgency of renewable electricity

Council currently has a target of net zero emissions by 2030, as detailed in Council’s recent Environmental Strategy (1). However, electricity is the easiest form of emissions to reduce, with highly cost-effective zero-emissions products in the market. Other emissions will be harder to reduce, so we need changes now on the emissions that we can eliminate.

Hydraulic fracturing (“fracking”, or unconventional extraction of gas), occurs with the injection of a fluid comprised of water, sand and various chemicals at high pressure into an underground rock formation in order to open fissures, allowing trapped gas or crude oil to flow through to ground level for gas or petroleum production. Fracking has substantially opened up new supplies of gas, but has also raised enormous problems. Key concerns include contamination of natural water sources, massive water usage, the spread of carcinogenic chemicals used in the fracking process, earth tremors, and a substantial increase in “fugitive” gas emissions through the ground.

The Scientific Inquiry into Hydraulic Fracturing in the Northern Territory (8) found that life cycle emissions from Origin’s NT fracking would increase Australia’s annual greenhouse emissions by up to 38.9 Mt CO2e (million tonnes of CO2 emissions equivalent) every year.

This would represent 7.3% of Australia’s 2019 domestic emissions (9), or 39% of all of Australia’s transport emissions (9), or more than three-quarters of all generation by NSW coal-fired power stations (10). Other reports suggest even higher emissions figures (11). In any case, the scale of this program’s emissions would undermine all other efforts by Australia to reduce its greenhouse emissions to meet its climate obligations under the Paris Agreement.

Some suggest that “natural” gas represents a “transition fuel” away from coal. However, recent research says that gas generally produces proportionally greater CO2 emissions than coal, when “fugitive emissions” are taken into account (12).

Origin Energy’s NT fracking program is also against the wishes and interests of the Aboriginal owners of the land (13).

Finally, the Northern Territory has much better economic options available to it using renewable energy (14,15).

Note: A previous version of this motion contained a provision that for Council to specifically avoid entering any further contract with Origin Energy, for the reasons given in the background above.