The Greens NSW mining spokesperson Jeremy Buckingham condemned the government’s renewal of AGL’s Petroleum Exploration Licence (PEL 285) over the Gloucester Valley, saying it was the start of fracking in NSW again and that local residents were being given less protection than those in Western Sydney.

Coal seam gas activity is banned within 2km of urban areas, however AGL has been given permission to frack within a few hundred metres of houses at the outskirts of the town of Gloucester.

“This is a clear signal that the Liberal and National parties are pro-fracking and pro-coal seam gas,” said Greens MP Jeremy Buckingham.

“This is a dark day for NSW with the Baird government giving the green light to fracking once again, including within a few hundred metres of people’s homes in Gloucester, while people in Western Suburbs enjoy a 2 kilometre buffer zone.

“The community is overwhelmingly opposed, the scientists have warned of contamination of groundwater and the Manning River, and there is no clear plan to dispose of waste products.

“The local community will blockade fracking in the Gloucester Valley, just as they resisted at Bentley in the Northern Rivers and elsewhere,” he said. 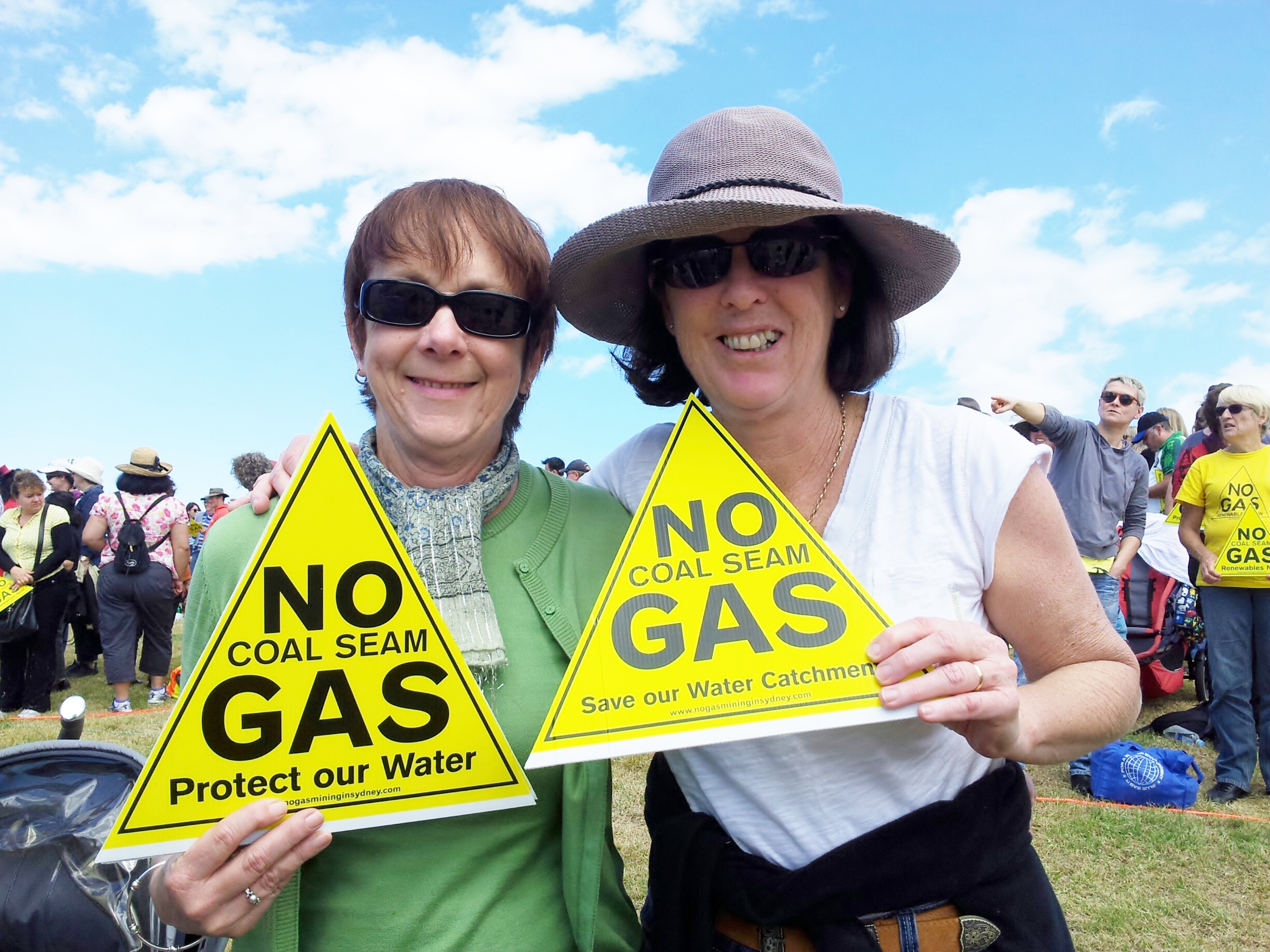 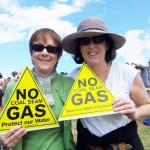 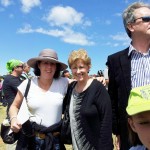 Left:  CBG member Margaret May (right) and friend at no CSG rally in November.
Right: Greens leader, Senator Christine Milne, with Margaret May at the rally.

A national week of action against Coal Seam Gas (CSG) took place in mid October, planned by the national Lock The Gate Alliance. The two largest protests in NSW were in Murwillumbah and in Sydney on 13 October when about 1000 people, including Greens leader Christine Milne gathered at Sydney Park, St Peters to form a human sign saying “Stop CSG”.

The NSW government has released its new regulations to govern the coal seam gas extraction (“CSG”) industry while renewing exploration licences and lifting its moratorium on the hydraulic fracturing process. CSG is permitted in the Sydney Basin including water catchment areas as well as in rural and agricultural lands.  By renewing CSG across Sydney suburbs and in drinking water catchment, the state government is allowing the CSG industry to endanger those resources.

Much more research needs to be done to determine the long term environmental effects of CSG and the wastes it produces before this industry should be allowed to expand.